Employed before by the Luftwaffe and then by the US army, it became with Aristotele Onassis, owner of the Olympic Airways, the first airport in Greece moving 11 millions of passengers a year. Luxury cabin service, porcelain and fine crystal glasses, stylish uniforms designed by Coco Chanel (1966-1968) and Pierre Cardin (1969-1971) leaving an indelible mark on aviation and fashion history. Pop graded colour Kodak films eteraniled the epic of Onassis family, with scandals, weddings and divorces echoed by taloids. Maria Callas, Athina Maia Livanos, Jaqueline Kennedy. In 1973 Alexander Onassis, 24 years old son of Aristotile nominated head of the airline company, finds his death in an air crash at the Hellinikon Airport.

After the death of Aristotile in 1975 the olympic Airways passed into the hands of the Greek State becoming Olympic Airlins and successively Olimpic Air. The hub is moved to the new Elefterios Venizelos International Airport realised in view of the Athens olympic games of 2004. Last flight from Ellinikon has been an Olympic Airways Boeing 737 to Thessaloniki.

The airport ultimately closed on March 30 2001. After the closure, part of the north-west facility was reconverted to sport park for the 2004 olympics.

At the eastern terminal we are welcomed by the yelps of old stray dogs, sleepy guardians of the departures building designed by Finnish architect  Eero Saarinen, pioneer of the neo-futurist style  in the 60s. Welcome! Bare flagpoles. Limousine service. Holiday autos. Two Olympic Airways airplanes abandoned on the runaway. The airport looks frozen in time.

We get to the west terminal,  hub for Olympic Airways. Part of the buildings are employed as shelter and first identification centre for refugees coming from Afghanistan, Pakistan, Iran, Morocco and Syria. Europe raises its walls,  foments nationalism, the fire of racism and intolerance  lights up again. Meanwhile, refugees wait in a limbo, suspended between desire and desperation. Disoriented. Endless waiting lists to compile forms. Bureaucracy.  False hopes. Everywhere people sleeping. Phone calls. Internet. Separations

“We are ready to begin the biggest project of joint reconstruction in Europe and one of the biggest worldwide. Bulldozers will be ready to begin works in the former airport of Hellinikon from the beginning of next year, in less than seven months, right after the Parliament gives the green light and the State Council approves the master plan of the project,”

The opposition from local community is strong but the project is being approved by the government. 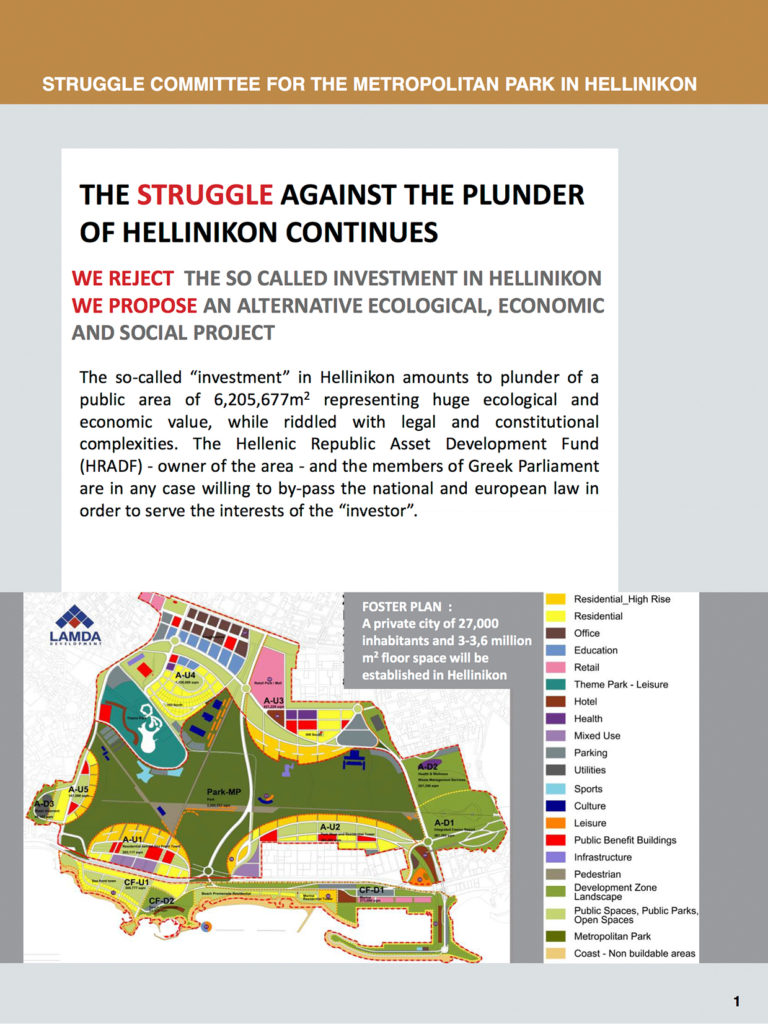 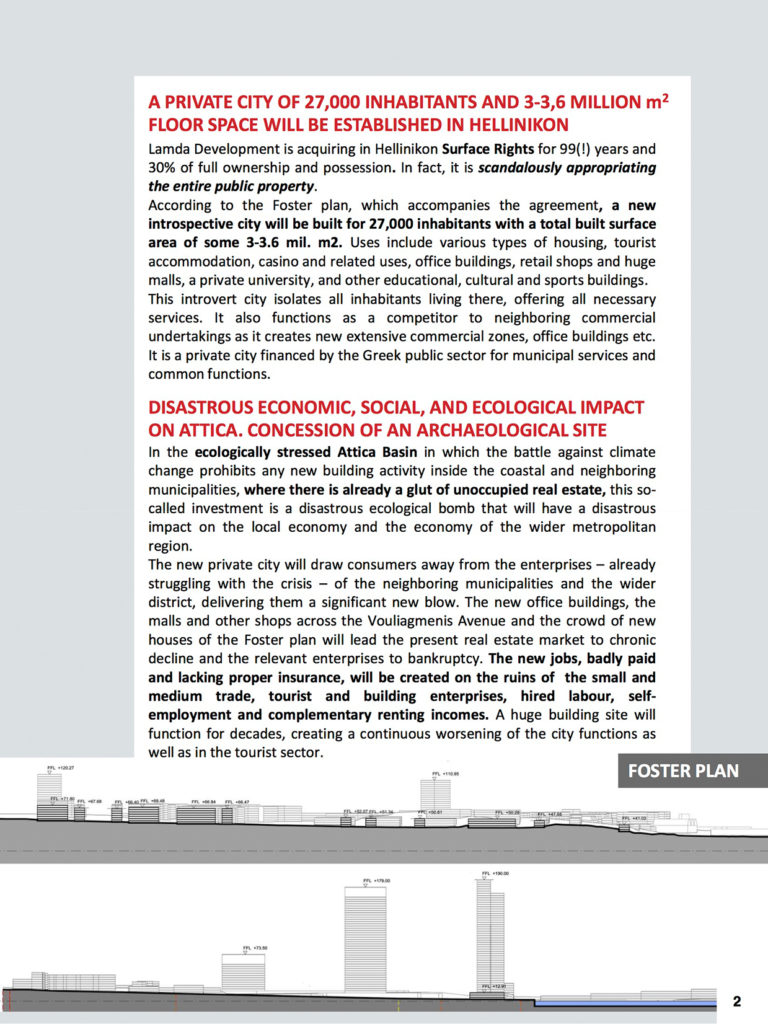 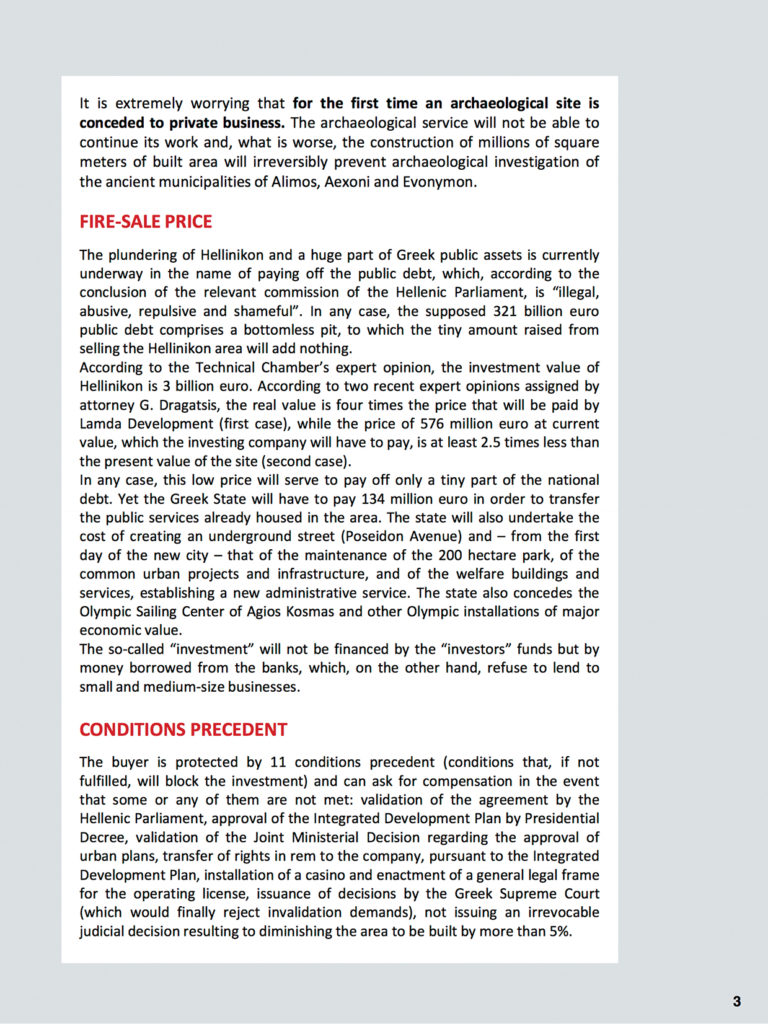 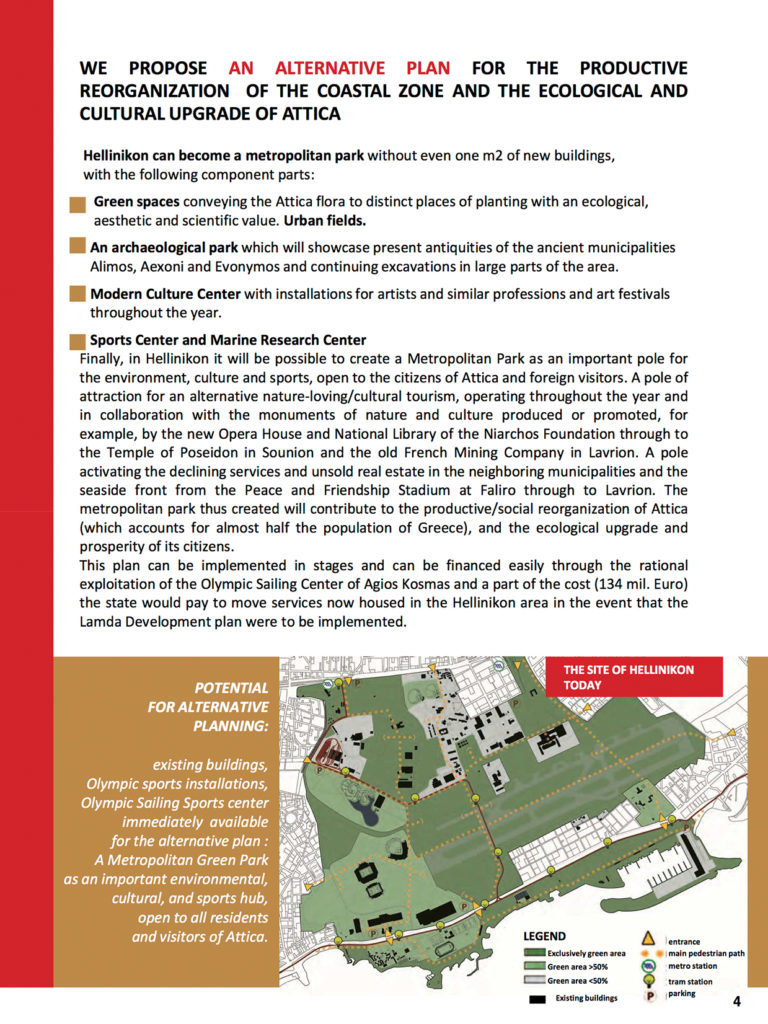 Checking Lamda webpages, among the project there is one that we know well: Belgrade Waterfront. Another huge development  that will “make great” Belgrade. Same renderings, same imagery, different location. Agreements between government and investors are signed and construction started. Demolitions, evictions, an entire neighbourhood, Savamala overwhelmed, earmarked to become next trendy district of the rich Belgrade. Thousands of people disagree and protest (watch here our interview to the activists of Ne Davimo Beograd).