Produced by Oginoknauss
With the support of  the Novena Bienal de la Habana, Cuba

Alamar is a new city built in the 1970s in the outskirts of La Habana, using rudimental prefabricated technologies inherited from the soviets; it has been put in place through self-construction teams of 32 citizens employed in the so called microbrigadas, a system affecting not only the way the physical environment has been produced, but also the social texture formed in the process. Today Alamar has a population of about 100.000. The film documents everyday life occurring in public space between repetitive and anonymous tenements, transforming and appropriating the huge empty lots left by an unfinished urbanization; it testifies to the advantages and defects of the participative construction process, mixing inhabitant’s voices and archival material with impressions captured drifting and getting lost in the urban landscape. Doble Forza is a travelogue about a personal experience in this particular urban experiment, about the everyday life of a socialist urban periphery in Caribbean taste, about the history of a modest utopia and its simple, concrete achievements. 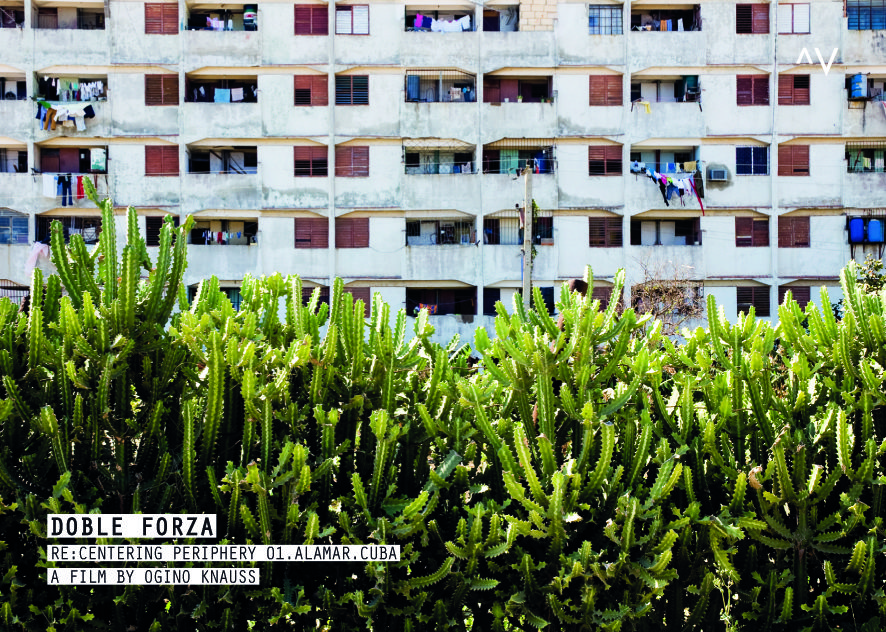