Dom Novogo Byta is a new step into the investigation led by Ogino:knauss on how Twentieth century’s modernist principles shaped the everyday life of urban dwellers, and what is their heritage in a global urbanisation perspective. In 2009, the collective was invited in Moscow to produce a video installation for an art exhibition promoting the preservation of constructivist architecture which became the occasion for a film travelogue. Dom Novogo Byta is the diary of a journey into the imagined and built landscapes of Moscow, chasing the remnants of the extraordinary utopian season of the avant-guards in the 1920’s and confronting it with the contemporary reality of post-communist Russia. It takes the vantage point of the dilapidated Narkomfin building, hardly surviving today in a central plot of land appealing for real-estate speculators. Designed in 1927 by Moisei Ginzburg, this is one of the earlier projects to absorb Le Corbusierian modernist principles. The Narkomfin was a prototype for revolutionary communes to come, aimed at reforming the everyday life of Russian citizens together with their spatial environment. Its utopian aspirations were soon annihilated by the rise to power of Stalin. From the story of the Narkomfin, the film progressively traverse imagined landscapes advanced by propaganda, finally getting lost into the newly built massive urbanisation of the harsh periphery of Moscow. 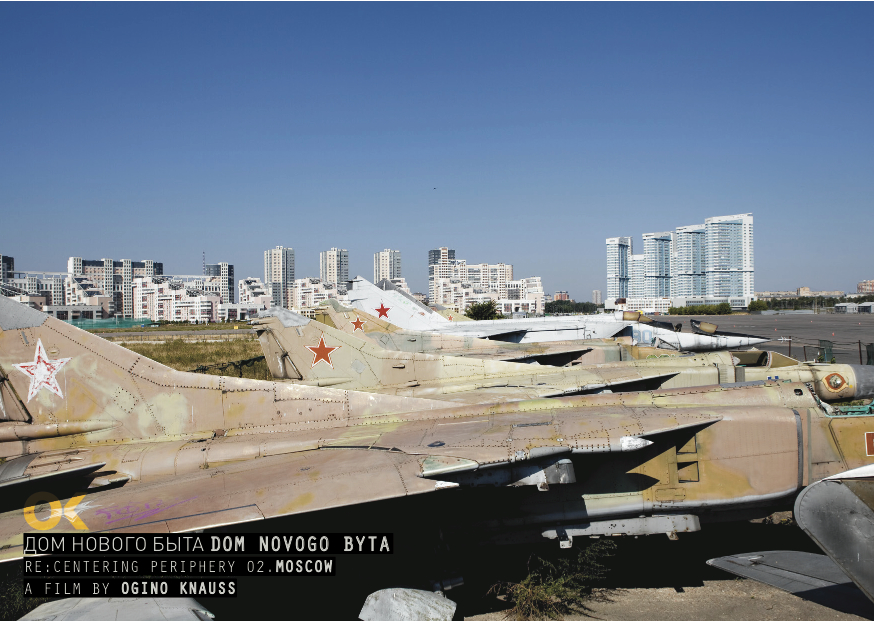