The future has designed us

In Belgrade to prepare the Power and Architecture exhibition, we had the pleasure to be joined by ogino:knauss’ founder member, dj and sound producer Miki Semascus. The exploration of the spatial context was naturally complemented by an investigation of the soundscape that finally took the form of a playlist of great Serbian/ Yugoslav / Balkan music, that we offer you here accompanied by Miki’s notes and a selection of images from the London exhibition.

Beograd, the capital city of ex-Yugoslavia: now a contemporary metropolis dealing with great and ancient traditions, formerly an experiment based on different ideological perspectives and an alternative international map.
There’s a profound, fascinating and dangerous sense of history, this whole city seems to be waiting for something unknown.
Beneath the techno-housy international surface (there’s plenty of gems, by the way) lies a controversial and iridescent musical world. It is crossed by ethnic, political and artistic extremities, deeply rooted in the past and powerfully witnessing the struggle for the future.
This mix is a survey across genres and opposite feelings, forgotten and obscure music, great classics and radical experimentation.
Most of this selection was found at Yugovinyl , a small (and -as often, extremely well-stocked) store on the hills of the old city centre.
My sincere gratitude goes to the owner, Borko: we spent the whole afternoon and evening listening to records on his stellar PA system, sharing thoughts about Serbian music and musical scene, drinking his superb home-made rakija (it is a common-say not to argue with Serbians about three things: family, Kosovo and rakija, simply each family does it and each one does the best one).
Great folk Romané stuff was found in the markets and in the streets, sometimes literally dug up from the ground, some other times pointed out of souvenirs and various consumerist bauble. 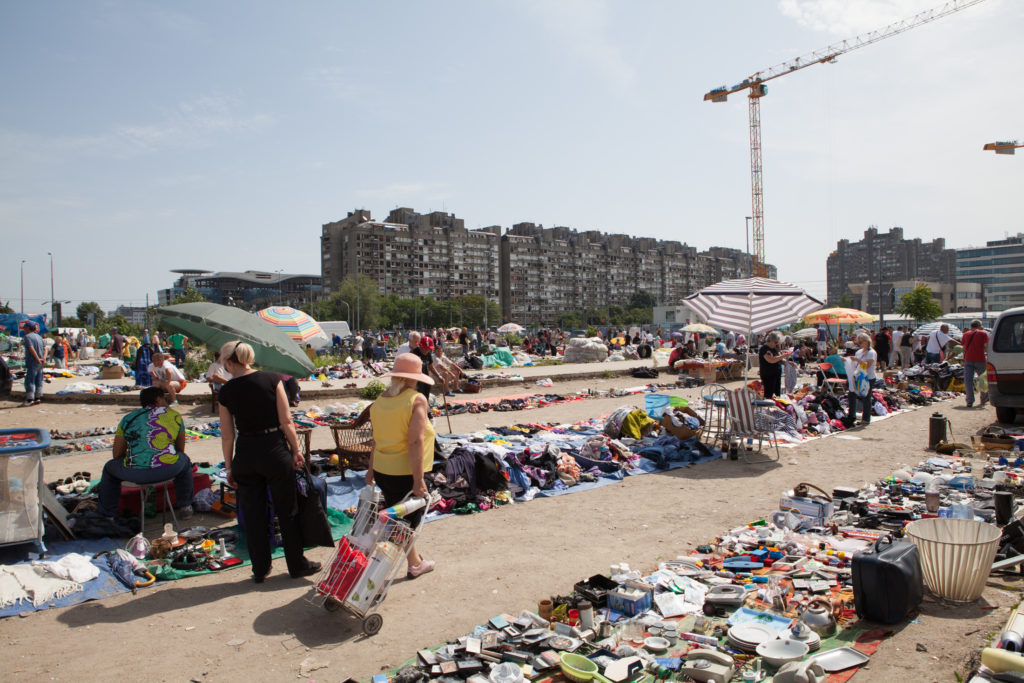 From Zeljko Kovacevic / Torani 77’s “total” fusion to Max Vincent’s snobbish synth-wave, from Saban Bajramovic’s gipsy-soul and Olivera Vuco’s hybrid calypsos to the unbelievable creative path connected to art-schools and punks movements of the 80’s, and then more bombs from the african and south-american jazz-funk connections (Tito’s way…) along with the brilliant prog/psychedelic rock acts and offspins.
Spanned across the gipsy culture’s ancient camps, or hidden by the socialist concrete walls, the strings and horns’ warm soul and synthetizers’ coldness are great vibrating waves, shared by old and young heirs of the Yu-world.
 Share this article:  Facebook  Twitter
Athens- Hellinikon International Airport 3 min read
Architecture in Russia before, during and after Stalin 1 min read