Re:centering Periphery in the age of planetary urbanisation 4 min read

Since twelve years Re:centering periphery develops a reflection on the relation between centres and peripheries as determined by modernist urbanization. Rebooting the project in 2018, we acknowledge that the modernist urban vision has collapsed into the planetary urbanization process. The spatial distinction between urban centres concentrating wealth and power, and dispersed, underprivileged peripheries is melting under a wave of new social tensions and technological conditions. To describe the emerging techno-social paradigm, characterized by connectivity, cybernetic augmentation, image saturation and capillary surveillance, we propose here the concept of urbiquity*.

The exacerbated capacity of urban economies, lifestyles and imaginaries to affect the planet as a whole is absorbing any sort of rural, wilderness or oceanic space into the worldwide urban fabric. Through digital mediation, locally engendered consumption-patterns reconfigure splintered production processes into complicated transnational assemblages. Broadcasted fashionable metropolitan identities capture the desire and desperation of the marginalised and dispossessed attracting migratory movements. Diasporic communities share and reconnect through social media and digital devices reconfiguring in a trans-scalar and transcultural planetary urbanity. The frenzied and parametric assemblage of attentions and consumptions through IT infrastructure feeds the extraction of material resources, energy and labour wherever it is easily and cheaply available, and fosters the establishment of extra-state zones and new spatial configurations that transcend traditional territorial arrangements. The condition of urbiquity provides remote access to almost everything that once was the reason for the city to exist as a specific and distinct spatial social form. This does not mean dissolving or making obsolete the material concentration of facilities, infrastructures and symbolic spaces that took the form of the city as we know it. Instead, it wraps and re-enclose it in a new hybrid continuum, an infosphere that changes its substance and disposition, interplay, political economy and psycho-geographical consistency. 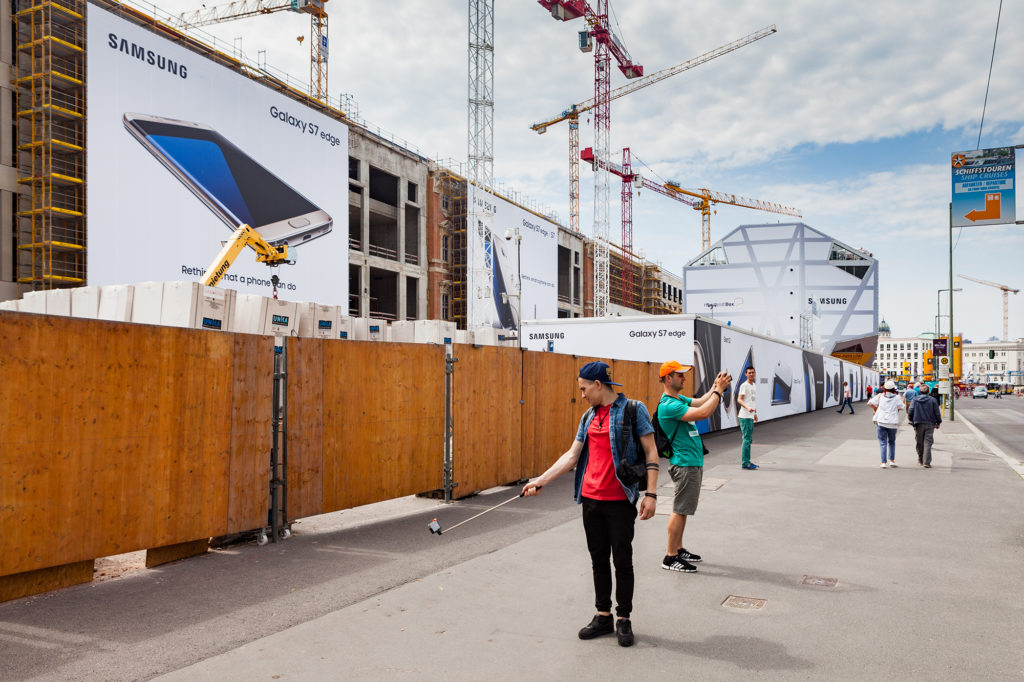 Nonetheless, such a fluid state of hyperconnectivity does not seem to improve cohesion and social justice as promised by the progressive visions of the early networking age. Technological acceleration and its reflex in the total financialisation of life are rather increasing the disjunction between rich and poor, dividing and segregating communities, incubating new reactionary, nationalistic and divisive narratives, fomenting conflict and unrest, and settling new algorithmic forms of governance that project the shadow of a looming techno-totalitarism dominated by corporate IT and military industry. 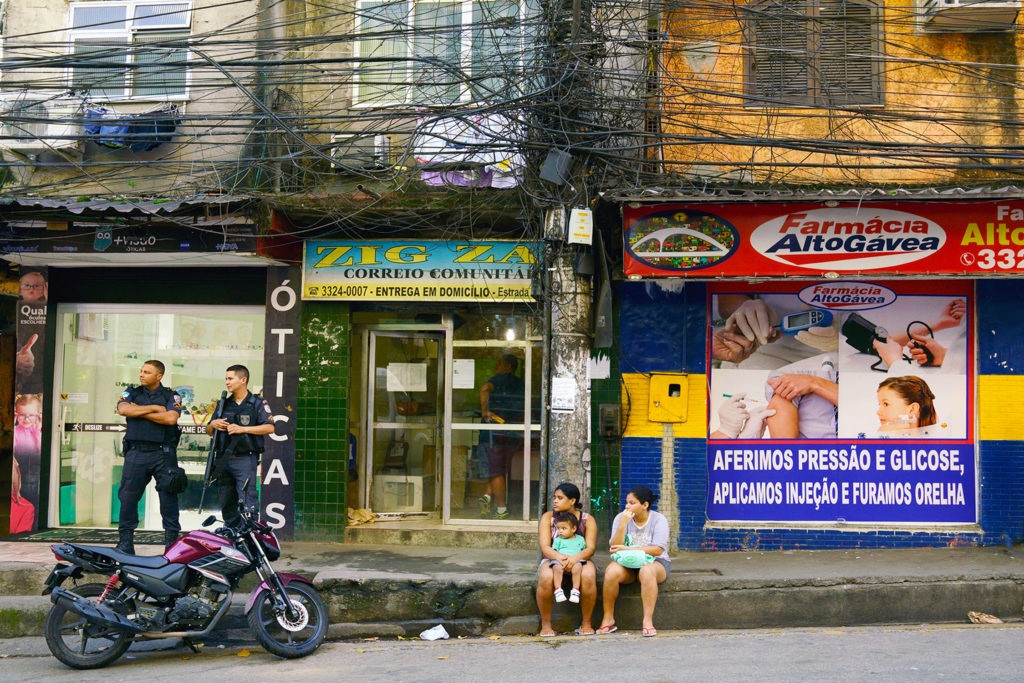 With Urbiquity – RCP 18 ogino:knauss aims to focus the attention on the consequences of the condition of technological urbiquity in the marginal zones that still go under the label of urban periphery or deprived neighbourhood. We want to investigate their newly rewired territories through languages and formats that reflect the emergent mediated landscape. We want to question how the new socio-technical paradigm may provide tools for shaking consolidated hierarchies and fight injustice, to empower disadvantaged communities and reverse social stigma. And first of all, we want to tell stories, capturing voices and narratives coming from the new urbiquitous territories of global periphery. 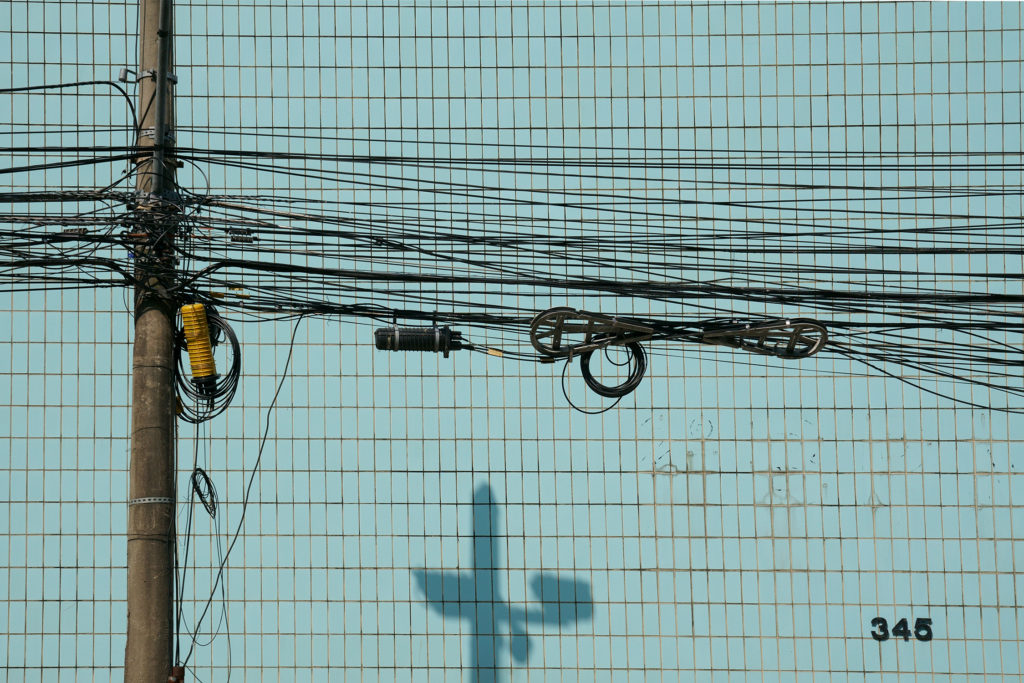 The process foresees three different stages and related outcomes. In a first phase, participative field research is dedicated to the exploration of the selected territories. Employing the urban reconnaissance methodology, local communities, artists and activists are involved in workshops investigating cognitive landscape, identity, stigma, conflicts, literature and cultural production of each locality. In the second phase, the restitution of the outcomes of the laboratories in form of artworks or installations will be first presented contextually to the local communities, and later assembled in an itinerant exhibition. Finally the main elements draft in the process will be scripted and filmed in form of a docu-fictional series of 4 (or more) episodes  distributed via web and eventually combined in one single full-length feature film. Each of the episodes (20/30 min) will be focused on a different thematic approach selected from the 64 exercises of urban reconnaissance, and on one city highlighting that thematic approach. 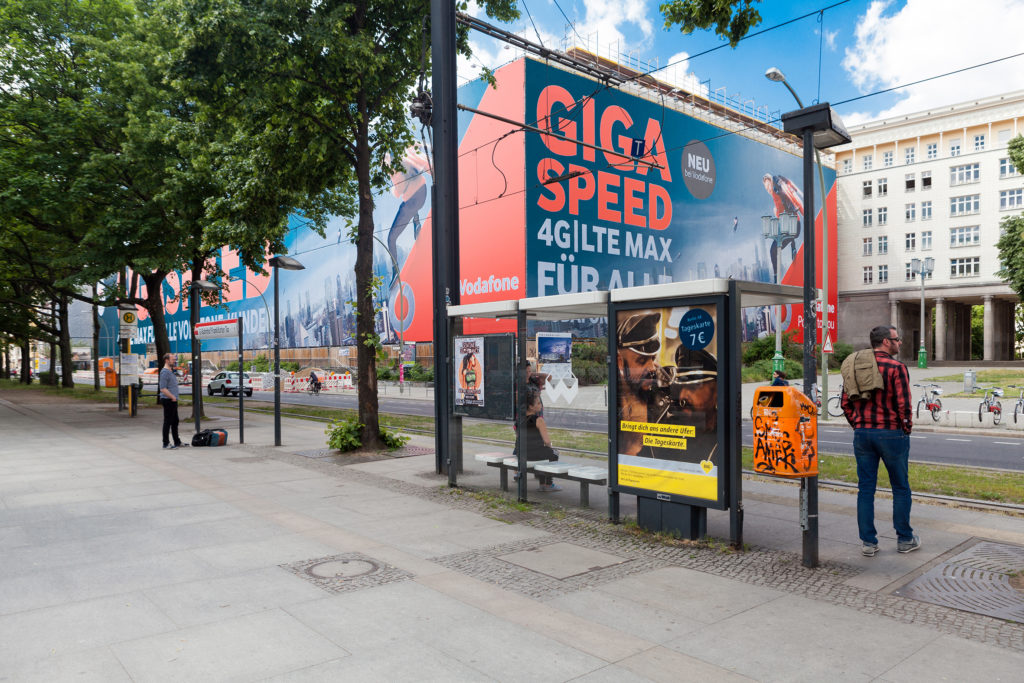 * The concept of technological urbiquity is expanded in the forthcoming paper “Telescoping the City: Technological Urbiquity, or Perceiving Ourselves from the Above.” by Lorenzo Tripodi, to be published in the special issue of Space and Culture ‘Above. Degrees of Elevation’.