A walk in Nova Gorica, a new modernist city  built after an arbitrary border was traced to divide the territories assigned to Yugoslavia and Italy after WWII. 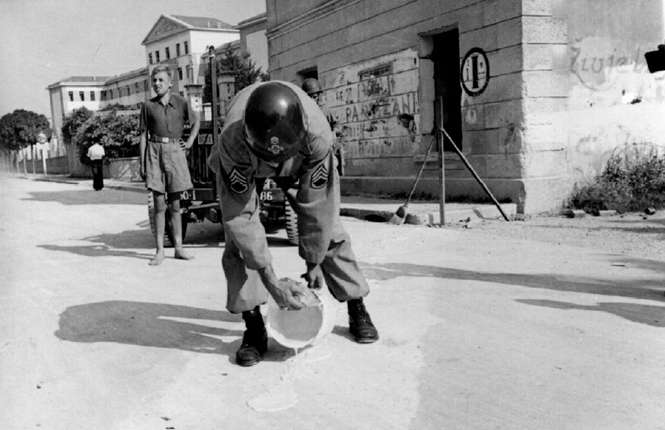 Nova Gorica, which developed in the area previously occupied by the old cemetery of Gorizia, was established in 1948, a few months after the definition of the new border.

The first project of the socialist city, which was to “shine” across the border, was designed by the architect Edvard Ravnikar, who offered a rationalist approach inspired by Le Corbusier. Many young people from all over Yugoslavia, called “mladinici”, were involved in the construction of the new city centre, which was meant to become the administrative core of the recently annexed area.

The first buildings to be constructed were the so-called “ruski bloki”, six blocks of houses lined along a main road, and the building of the people’s committee (today the Town Hall), built on a project by the architect Vinko Glanz in 1953.

In the plan you can easily read the name TITO, although it is not confirmed wether this is intentional or not…
Model of Masterplan of Nova Gorica made by Edvard Ravnikar in 1947-1951