We are back again to Moscow. This time hot weather is accompanying us; an unusual hot season slows down even the constant flux of Muscovites in the streets. The Narkomfin itself seems to suffer even more the brightness of the sun light in the cracks of the walls. The big trees around the building are somehow soothing it. The Narkomfin is tiny and crowned by luxuriant vegetation, which seems to be a precious paradise in the surroundings made by huge and imposing multi-story buildings such as the American Embassy and wide 16 lanes urban road.

Nastya has already surveyed the place, and discovered some new developments of the story. Since few week there is a guard checking the Narkomfin. The guardian is a new entry and it was not there when we came last time.  He has been friendly with her  and promised to help us to meet the inhabitants.

We wait calmly under the trees the guardian of the Narkomfin, with the hope of him letting us into the building. After few minutes he appears: a sturdy but not tall man on his thirties with a big scar on the left chick, dark tattoos on the calves, and round peaceful face that did not fit with the military style clothes. He smiles sweetly when he clarifies to the translator that we are not allowed to enter the building. He does not want to be interviewed, and therefore we are not allowed to know for whom he is employed, who is representing and what is his duty at the Narkomfin. he only tells us that there vhave been a scandal about manouvres made at the Narkomfin, fueled by a TV report. 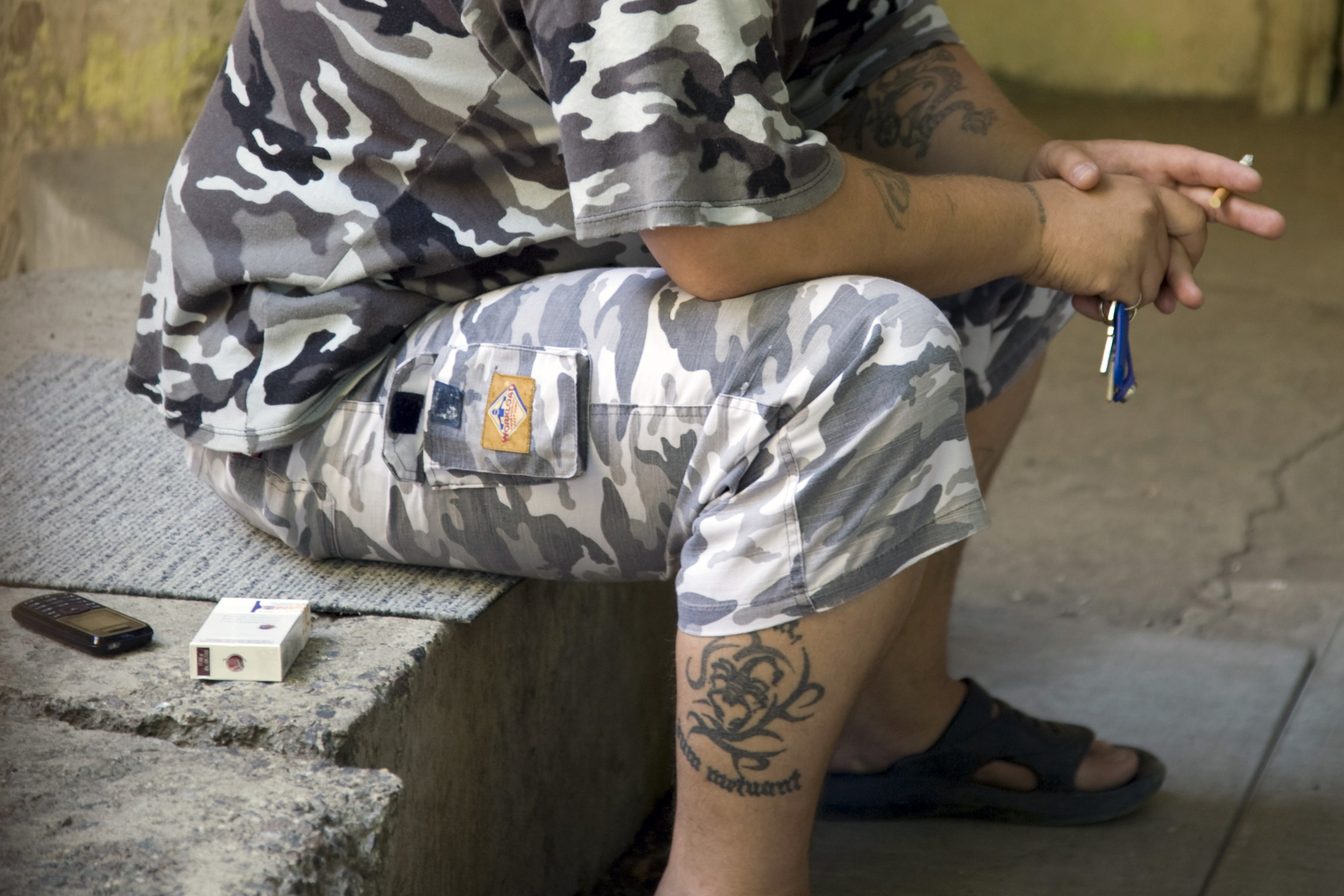 At this point of the story, we know that there are few residents living in the building. Some of them are renters of the public estate now in the hands of the local government. Some others are owners of flats acquired through usufruct or purchased. All the residents who could afford better housing conditions left for the peripheries and for better-equipped flats long ago.

Despite the denial of the guardian to let us inside the building, we can hang about the entrance and wait for some residents to pass by, somebody possibly sympathetic with us and approachable to video interview. The first passer-by is a man in his fifties, who accepts to talk but he quickly dismisses us with few words telling about the general Narkomfin’story repeating the mantra of the missed restoration works. Nothing new. 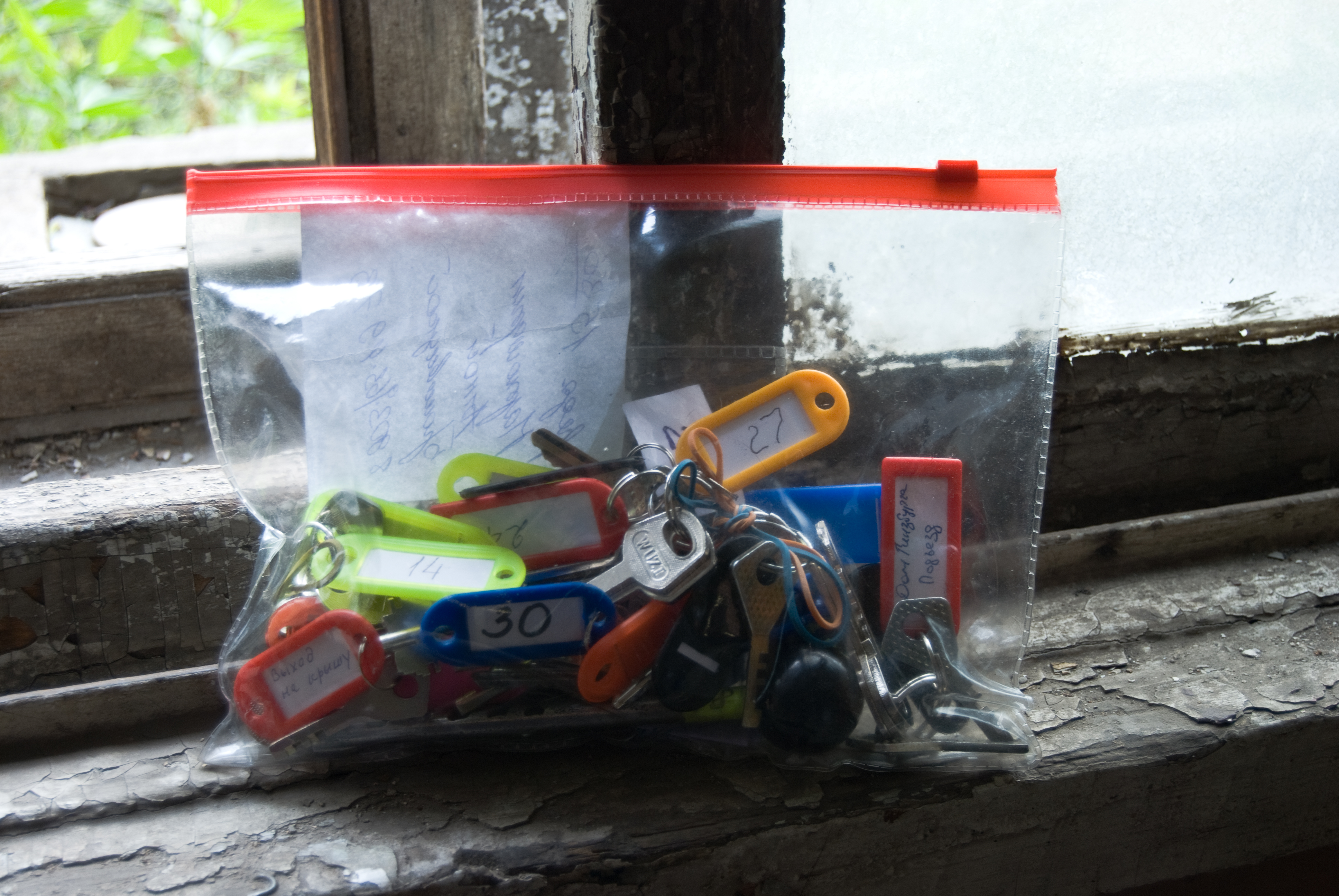 By chance after few minutes, we have another resident, who tells us that he has been living there for 30 years. His father once moved in the Narkomfin with the intention of residing there only three years but eventually he spent there all his life.  V. – our interviewee – tells about the Narkomfin out of his teen-ager’s memory, when the building was overcrowded by families who lived crammed in the apartments and by people who inhabited modest rooms without natural light and water put up in the left over spaces at the ends of the corridors. People living in this kind of spaces were obliged to depend on others people apartment for cooking and washing up. After all, this was the only way to use all the available space in a time of housing shortage, when also the ground floor under pilotis was overbuilt with new flats. By the end of the eighties, the Narkomfin ended his demographic upsurge. After the end communist period, the building turned toward a fate of continuous decay, inhabited by scattered families who have no decision making power regarding the destiny of the building.

During the interview a grouping of few people assembled near the entrance. They are young, trendy and speak English. That’s when we got to learn that there are new inhabitants in the building…