The main goal of our third and conclusive visit to Moscow was to meet and interview some representatives of Moscow Government, and namely Moscomansledie, the municipal agency in charge of preserving cultural heritage in the Russian Capital. It is the only relevant actor in the story of the Narkomfin, which we did not have the possibility to meet and interview during our visits. Moscomansledie is often called in cause by other interviewees, but in general it stands out for its absence: self-evidently the Narkomfin is affected by lack of maintenance interventions, which a public agency in charge of preserving cultural patrimony should provide.

Through our local executive producer, we contacted Moskonansledie few weeks before our trip for an interview. The officers did not object to it, but we have been asked for an official written request, which we provided. Once in Moscow, we have been invited to a preliminary meeting in order to clarify the goal of our interview. Eventually we met with two employees in an old house of merchant -now the representative office of Moskonansledie – apparently emptied of other employees and human presence.

They cautiously questioned us about the nature and goals of our project , how we would use this interview, etc. We clarified in detail our background, our artistic and scientific approach, the reason for our involvement in this project about Moscow, how we are proceeding with our documentary project, the interviews previously done. They required us to submit a list of questions that would have been presented during the interview, and promised us an answer asap. They did not assure us to release the interview, but told us that it should have been possible. We left with a confirmation to our impression regarding Russian public institutions as an highly opaque bureaucratic machine. For the rest of the week, we have been pointlessly waiting for an appointment. Not that they refused. Actually, our official request for an interview has been accepted and signed by the Director of Moskomansledie. But since then, everyday we received a message that may be the day after a meeting for the interview could have been arranged, which in the end never took place. Simply, in five days, they have not been able to find who among the “technicians” of the public agency could be available for interview. 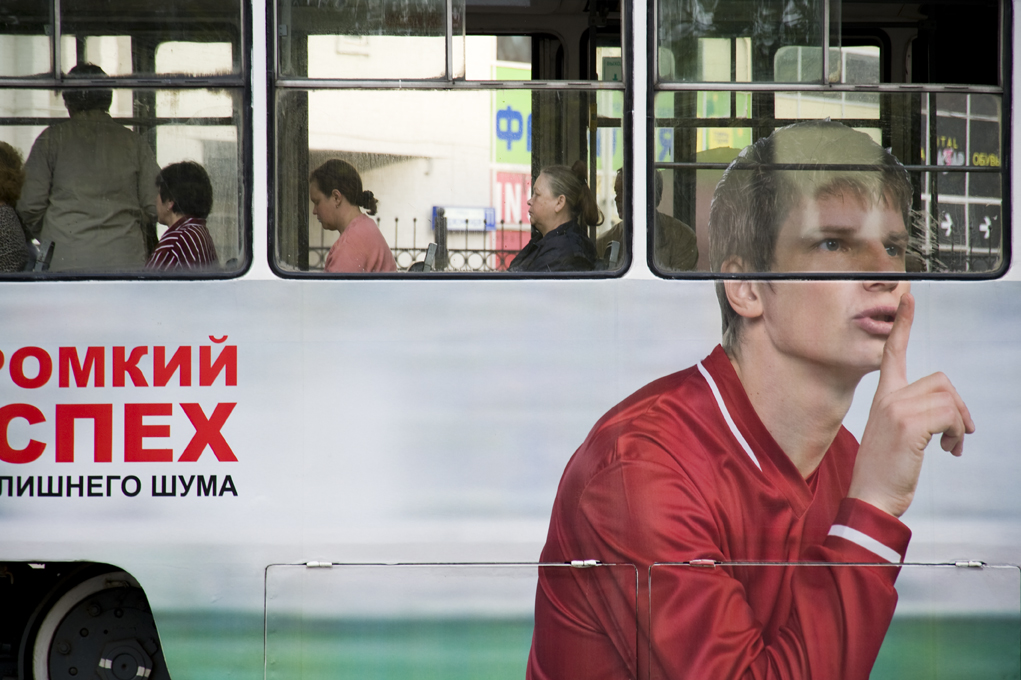 From our point of view, it’s not a big problem. Not that we think that the responses of Moskomansledie could have added so much to the film we are making! But, having had the opportunity to listen to many voices telling us about the Narkomfin building and contemporary Moscow, from the descendants of Ginsburg and Milyutin -the extraordinary persons which realized such a masterpiece-, to the inhabitants still living inside the building, from architects and scholars who are struggling for preserving its memory and conditions, to the entrepreneur who has bought most of the apartments to redevelop the building for commercial purposes, we have a quite definite view of the story. From these people narrations and from our direct observations of the events, the image of Moscow’s institutions does not appear chrystal clear, and their role appears biased and disputable.

For the sake of correctness, we asked them to express their point of view. We have openly expressed our curiosities and perplexities to Moskomansledie’s representant, and if they do not consider important to publicly answer , they are just providing another mosaic piece for the picture, implicitly confirming many of the impressions captured in Moscow about the Governmental agencies as being inefficient, disregarding their basic tasks, and strongly influenced by private interests.