Sotsgorod, Problems of Building Socialist Cities is Nikolai Milyutin‘s most well known theoretical contribution. Milyutin was a convinced supporter of the radical reform of everyday life and the refusal of bourgeois values, which in his mind still gave form to the majority of post-revolutionary architecture. He advocated the collectivisation and industrialisation of human settlement, with an eye on the rational solutions elaborated by Le Corbusier, the Bauhaus and his collaborator and friend Moisei Ginzburg, and a strong interest in the theme of disurbanism. He supported and analysed the experiments made with the plan for the new City of Magnitogorsk, and the disurbanist tendencies in urban design propagandised by OSA. 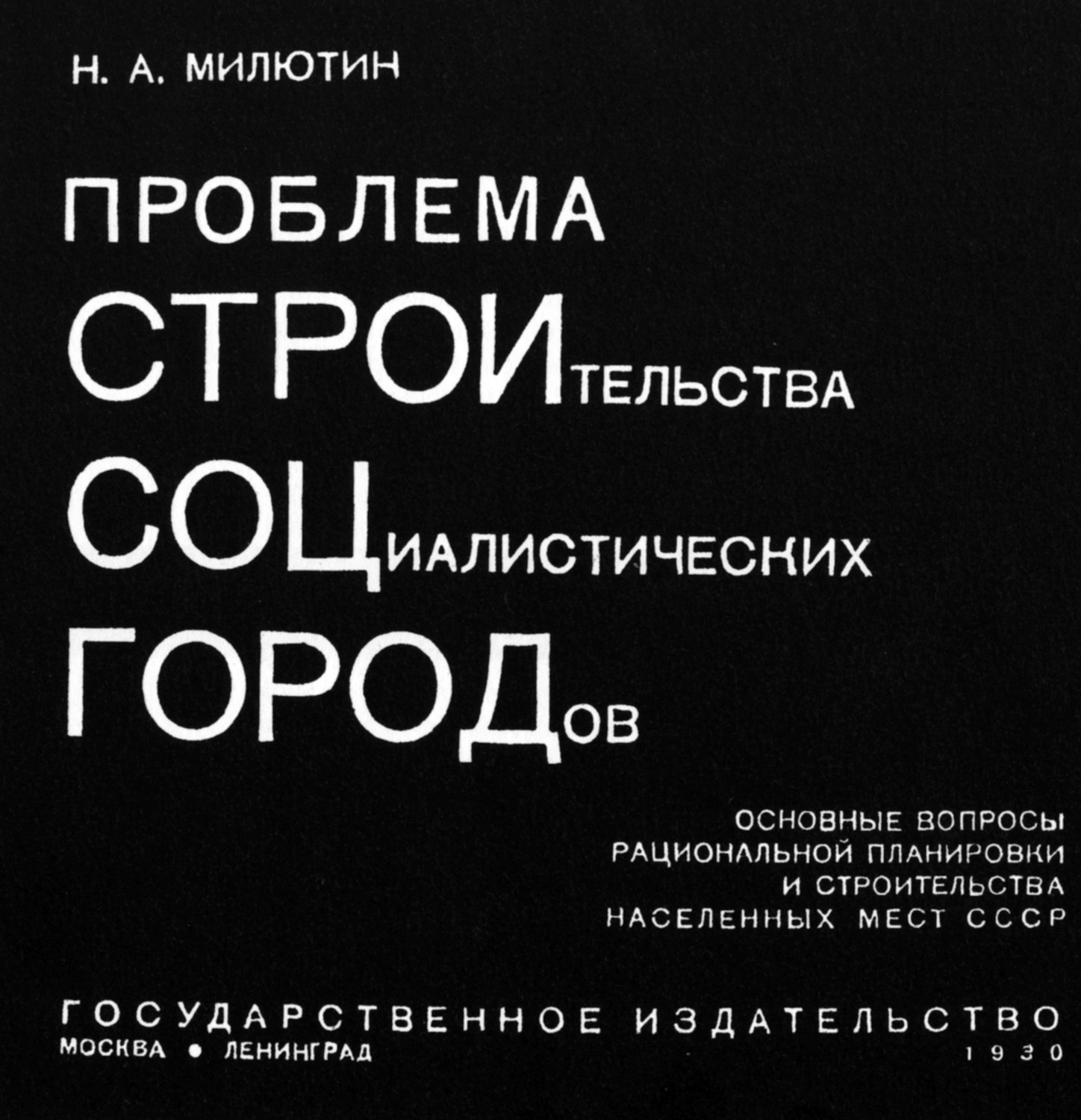 Sotsgorod offers an account of Milyutin’s reflections at multiple scales of application, from the design of furniture and equipment able to minimise the need for private space, to the organisation of the future socialist city, where he supported a linear modular model of settlement extending along mobility infrastructures, inspired by the projects of Arturo Soria y Mata. His urban concept was substantially a synthesis of a rationalist-Fordist vision of the industrial linear city and garden city visions, promoting low-density green models of settlement. With regard to architectural solutions, Milyutin quite uncritically adopted the patterns proposed by OSA. The book was completed by economic figures analysing the cost-benefits of his proposed approach. 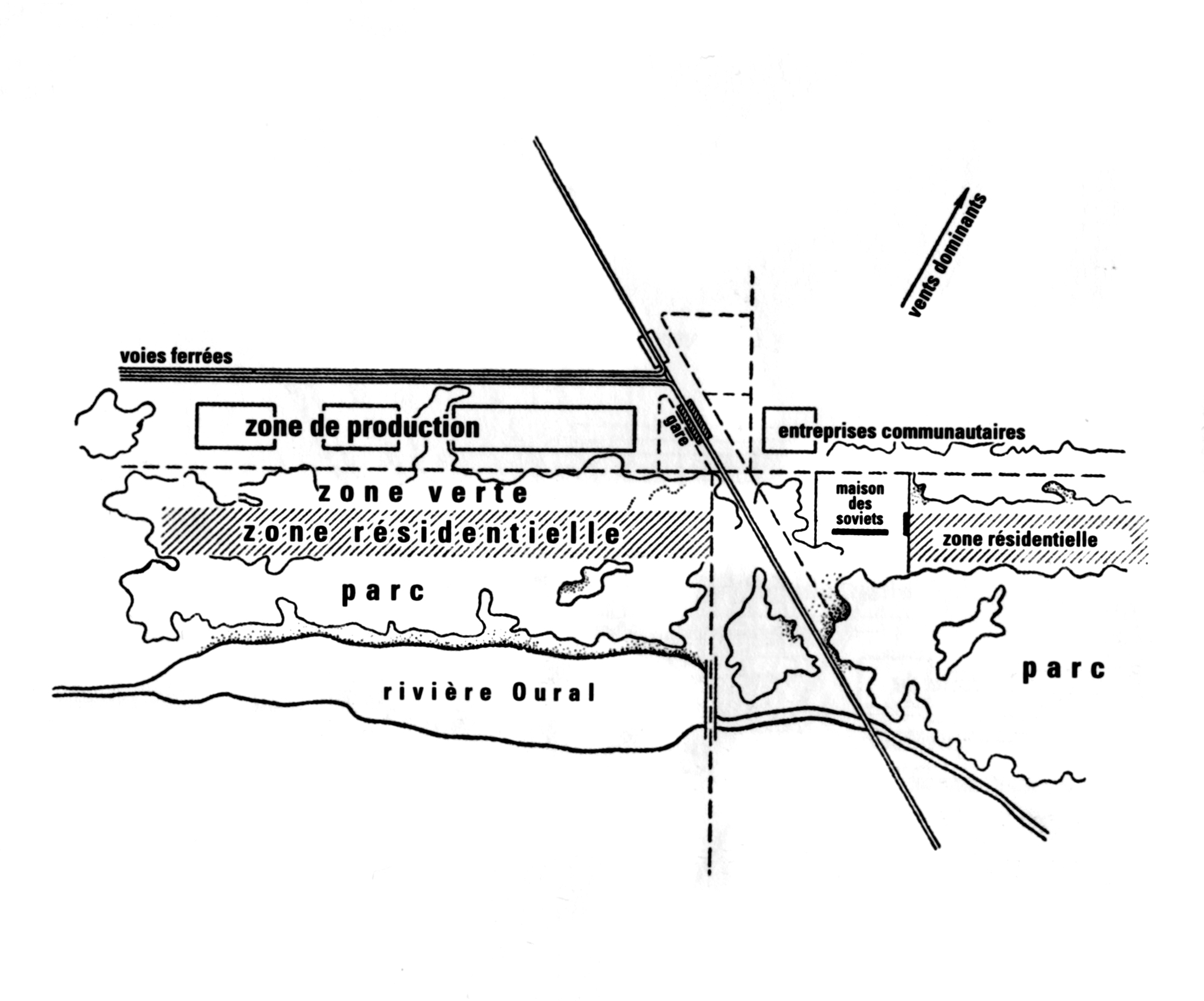