The urban periphery is a field of conquest and investment. It is the frontier of the advancing city, the front of the urban growth machine. Essential modern means to foster urban development are exhibitions, temporary events, the use of spectacular processes as ice-breaking operations towards new investment and settlement. The invention of modernism is indissolubly entwined with the interlacing of spatial production with image production, which is the essence of the late capitalist mode of production. Exhibition sites are the places where the ideological aspects of spatial production emerge in all their evidence and violence. It is an aspect that we have not yet directly tackled in the R:CP exploration path, but that we are increasingly crossing in our spiraling around the topic. International exhibitions, expos, fairs, Bau Austellungen, constitute a definite praxis of “recentralising peripheries”, with all their collateral effects in terms of displacement, dispossession and gentrification. This will be an unavoidable topic of our incidental exploration of Milan next May, a city frenzied by the expo 2015 pre-orgasmic climax. But we had already found an early example in Belgrade’s Stare Sajmište, exemplar story of an expo field that became a concentration camp. 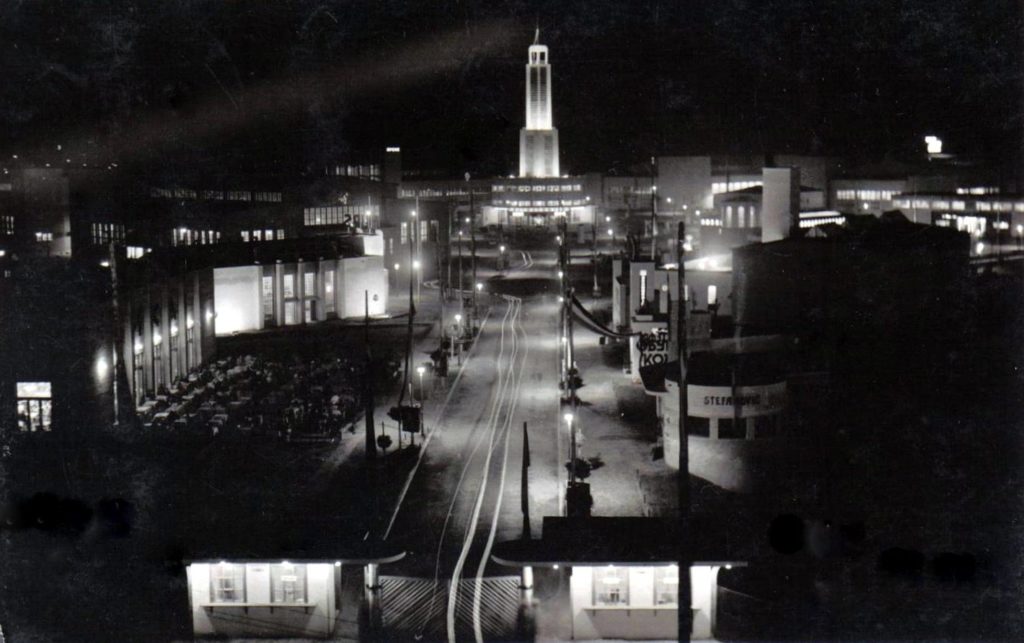 Stare Sajmište has been the first modern settlement operation in the site that today is Novi Beograd, anticipating the operation of expanding Belgrade across the Sava river. The plot was donated by the Municipality of Belgrade to a group of entrepreneurs which had created already in the 1920′s the Association for Organising Trade Fairs and Exhibitions. The structure was built in 1937 and the international exhibition opened in 1938 with a set of pavillions mostly displaying propaganda for the nazi fascist allied countries. Here Phillips staged first television broadcast in the Balkans. When in 1941 a reluctant serbia was invaded by German troops, the fair ground was transformed in one of the first concentration camps. While the majority of male jews were exterminated with a mobile gas unit, in what is known as the Semlin Camp mostly women and children where brought, together with the Roma population of Belgrade. Later Semlin was turned into an Anhaltelager, a temporary detention camp for political prisoners, captured Partisans and forced labourers, most of whom were subsequently transported to various labour camps in Germany. Between May 1942 and July 1944, 32,000 inmates passed through the camp, of which more than 10,000 were killed or died of starvation, exposure, or disease.

After the war, the site was slowly colonised with multiple uses, including a group of artists settling their studios in the central Yugoslav pavillion. While all around New Belgrade was raising, the old fair ground slowly transformed in a quiet, green, neglected neighbourhood, almost unnoticed until recent times. Pushed also by the debate about the integration of Serbia in the EU, the issue of the historical memory recently emerged. As one of the principal nazi lagers and a major site of genocide, Stare Sajmište remained for a long time non commemorated and the international pressure is growing for creating some memorial space. But as often in history injustice is washed with injustice, now the issue at stake is that of people that has been living and working on the spot, that is threatened by projects of transforming the site in a museum or a memorial. Stare Sajmište is one of the cases presented in the Forensic exhibition recently inaugurated at the Haus der Kulturen der Welt, in Berlin.