Invited by Transeuropa festival 2015, we had the opportunity to come back to Belgrade and open again our file on this city. We coordinated a urban reconnaissance workshop dedicated to the “City of Commons”,  taking the cue from the concept of city as a common good to design an urban walk exploring key spaces of Belgrade and its political life. This also provided us with additional preparatory fieldwork for a possible new Re>centering Periphery episode. 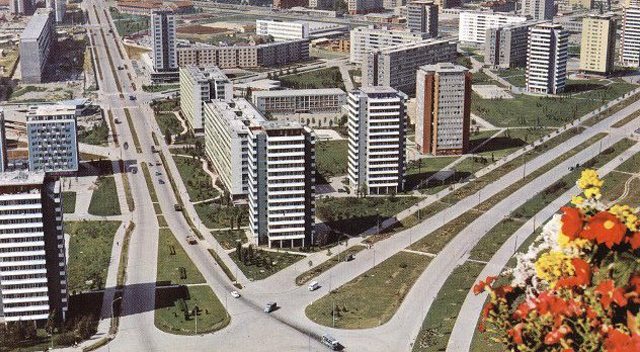 The main focus of our research remains on Novi Beograd, the modernist new town designed to be the capital of Yugoslavia, and on the dynamics that have transformed this exemplar socialist city in a middle class Serbian residential district. But the relation/connection with the “center” (historical, political, administrative), and the investigation of privatisation, commodification and financialisation processes are key question that we want to address with our investigation.

Since our last visit some important events have changed the scenario. First, the progressive uncovering of the Belgrade on Water project, an overwhelming speculative development sponsored by the mayor and funded by Arab Emirates funds, which is going to impact tremendously the city. Our friends of the Ministry of Space collective are in the forefront of the campaign against this crazy project imposed to Serbian citizens without the pale shadow of a public debate, and we started to document their campaign and the vicissitudes of the project.

Secondly, the dramatic refugees crises affecting Europe sees Belgrade as an important node in the routes of migrants seeking safety in  more stable and solid Northern countries. This international conjuncture has greatly endangered the already troubled idea of an European integration process and the Serbian participation to it, with domino effects of borders’ closures, suspensions of the Shengen’s treaty and deployment of fences, walls and barbed wires.

Between nationalists winds and rampant global capitalism, the overwhelming flows of people highlight the fragility of the process of integration and internationalism that inspired the political and planning landscape of modernist era. The role that Yugoslavia had in the age of Cold War – both internationally as a leading country of the non aligned block, and internally as an attempt at a multi cultural federated state comprising different ethnic and cultural components –  has today vanished into the political disintegration of the federation  and the insurgence of nationalisms and genocidal movements  leaving a tragic heritage on the ground. 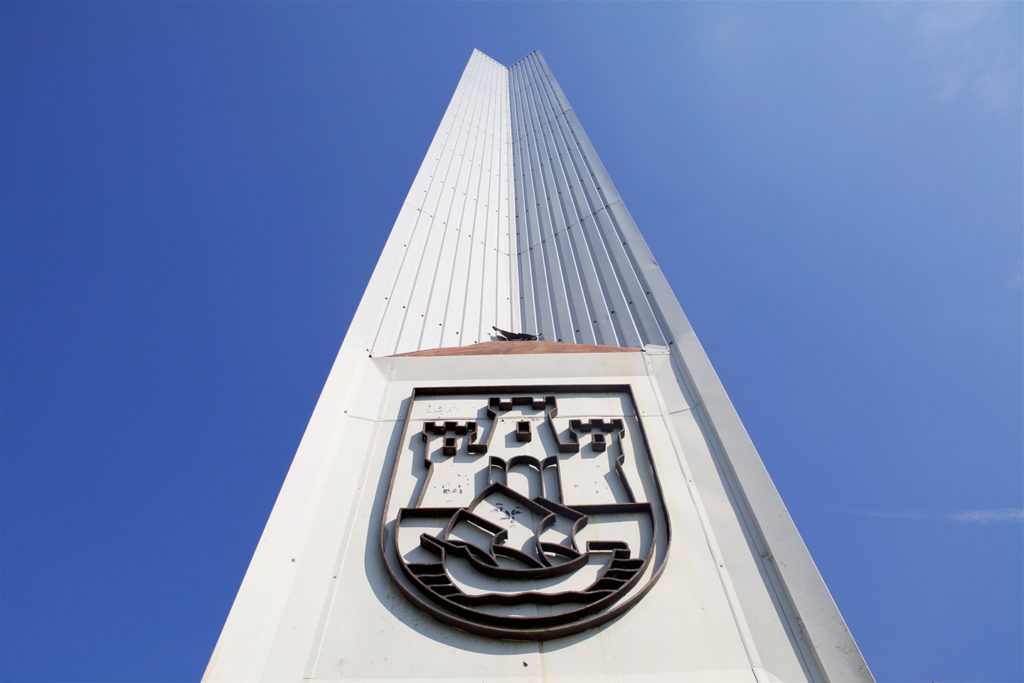 What remains of this multicultural vocation of Belgrade is one of the main issues inspiring our research. Still Serbia located as it is at the heart of Balkans is geographically, politically and culturally a bridge, a liminal territory dividing, and at once connecting, imperial blocks, cultural dominations and transnational interests. It is a hub of human, financial and logistic flows, characterised by a paradigmatic in-betweeness. This liminal identity is reflected and crystallised in the many city gates – functional  and symbolic – that have been built in the course of the time. Among these, we discovered during this trip the sister of the Genex Tower in Novi Beograd, that is the East Gate, Istočne Kapije, a complex of three 99 meters high  owers on the oriental side of the city.

We had also the time for a short comeback on some of  the locations already explored in Novi Belgrade in 2013. Meandering around Staro Sajmiste we met Bogdan, an artist in his sixties who has been living and working  in this building since he was born, and is  now the last person still occupying it. Bogdan offered  us a tour in the building and a shaky climb on the dilapidated constructivist tower. He said us that the government he will be soon forced to leave the place and does not have any clue of what are the plans of the  government for the area.

Similarly uncertain is the destiny of the beautiful building of the Modern Art Museum (MOCAB) closed since 2007, right after the interesting project Differentiated Neighbourhoods of New Belgrade. The building is planned for refurbishment and reopening soon. The billboards on the facade still report the date of the new opening in few days, but the place shows no signs of works going on. The director Zoran Eric said us that they plan to issue a new tender procedure for the works and hope to reopen the building sometime next year.